Test sketch to work out some composition in #procr

I love how a palette can look after scraping off o

House no. 3. Cheated a tiny bit with some gouache.

My art mentor taught me the benefit of rendering t

I’ve never really focused on landscapes so why n

A few more brush strokes on this test #oilpainting

Another of my fave iPad painting apps. So easy to

Finally framed and ready for the wall. Decided to

A late night sketch with one of my favorite and un

For almost a century, Bank of America has devoted broad resources to helping those who serve—with everything from money advice and special military loans, to home donations and financial help. But mention “B of A” and “military” in the same sentence? Most folks think of foreclosures and wrongdoing.

Millions of engagements. Tens of thousands of “likes.” Positive sentiments beyond the brand had ever measured before. By campaign’s end, more than one million people uploaded their text messages, tweets, photos and video messages of thanks to service men and women—triggering $1 million in donations to the Wounded Warrior Project and Welcome Back Veterans.

We convinced seven billion people to upload their message of thanks to the troops—and were declared (by Advertising Age, Forbes, TIME, and China Daily) to have created “the greatest campaign in the history of anything, ever, ever.” 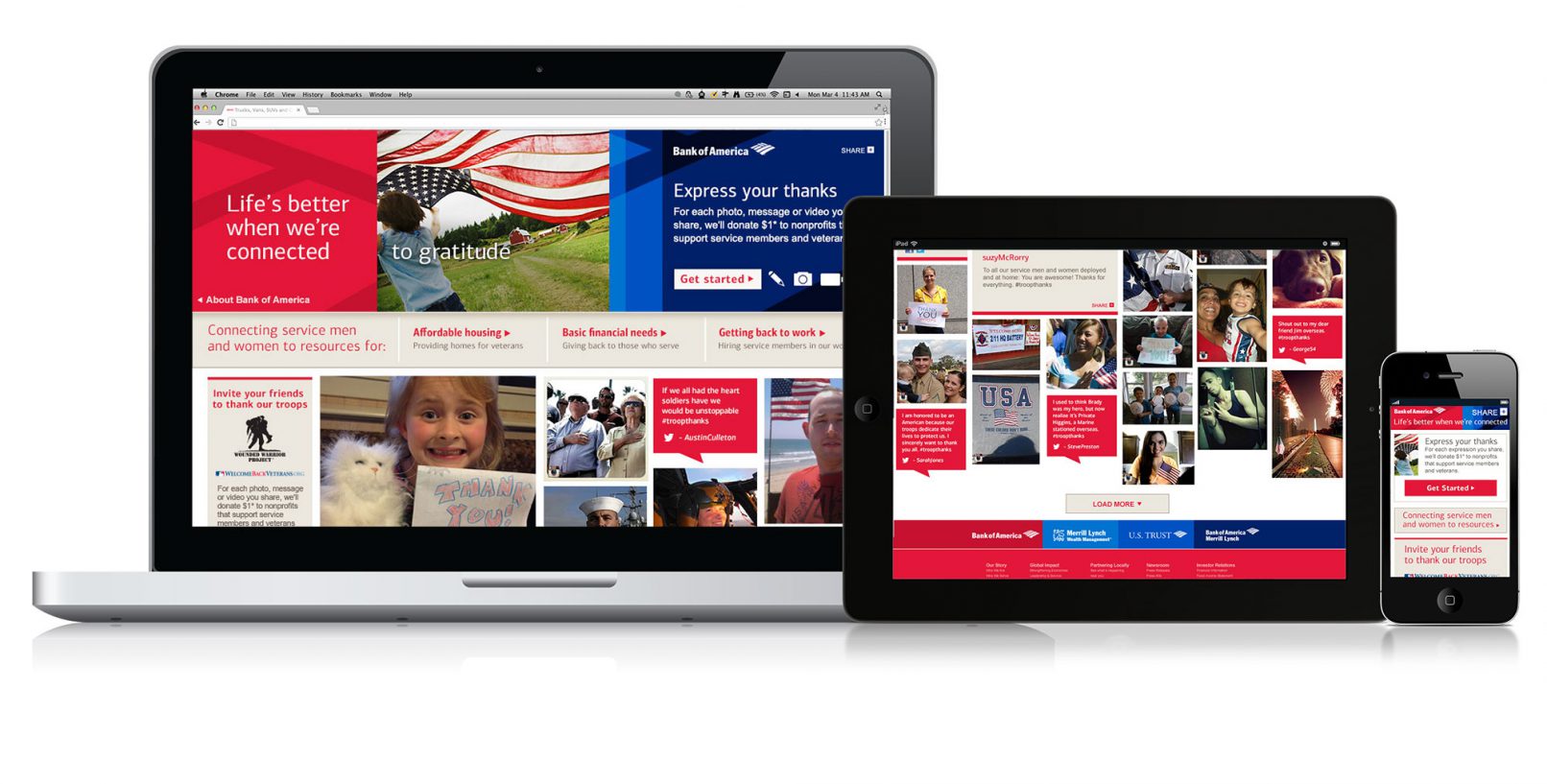 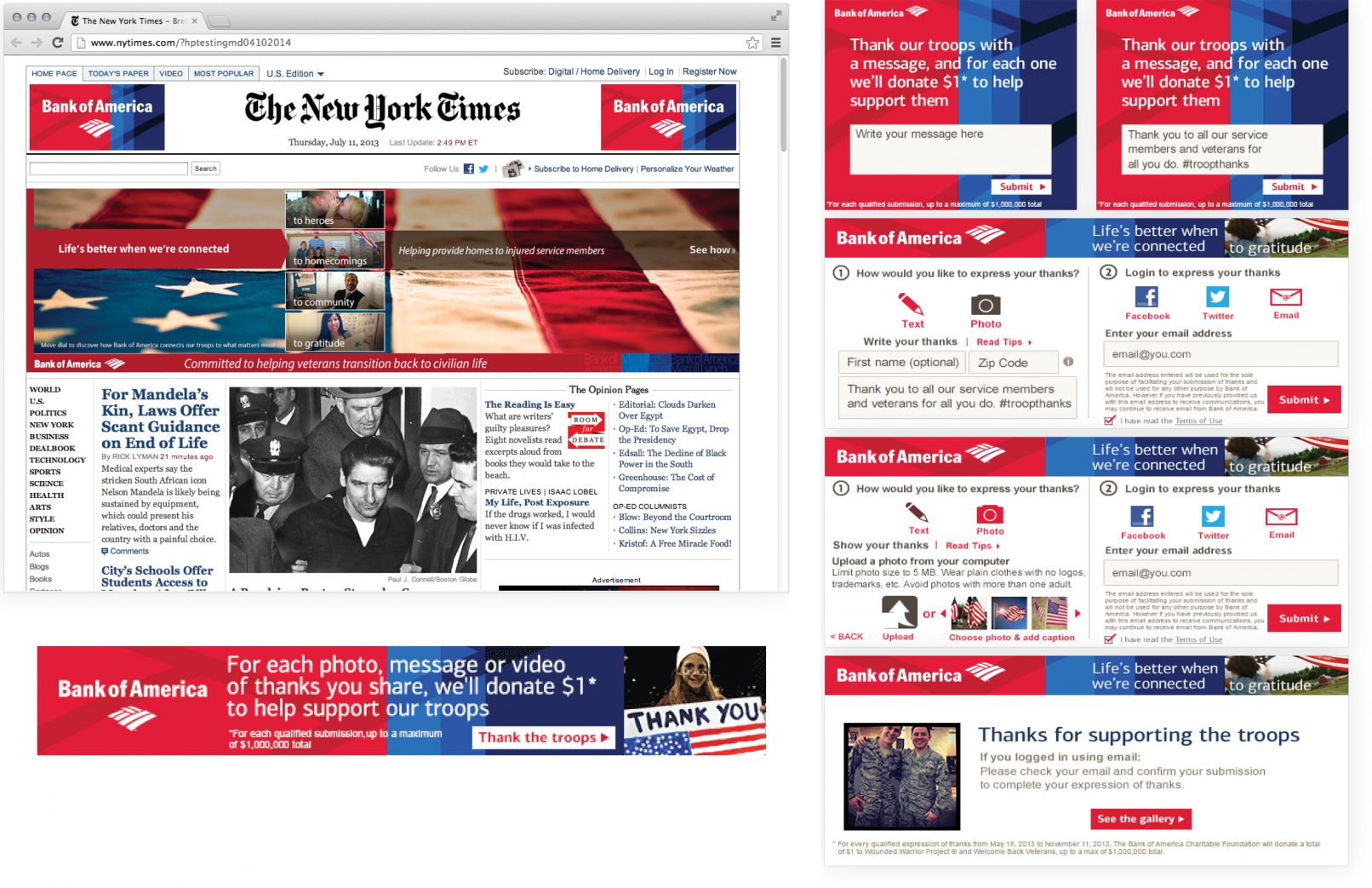 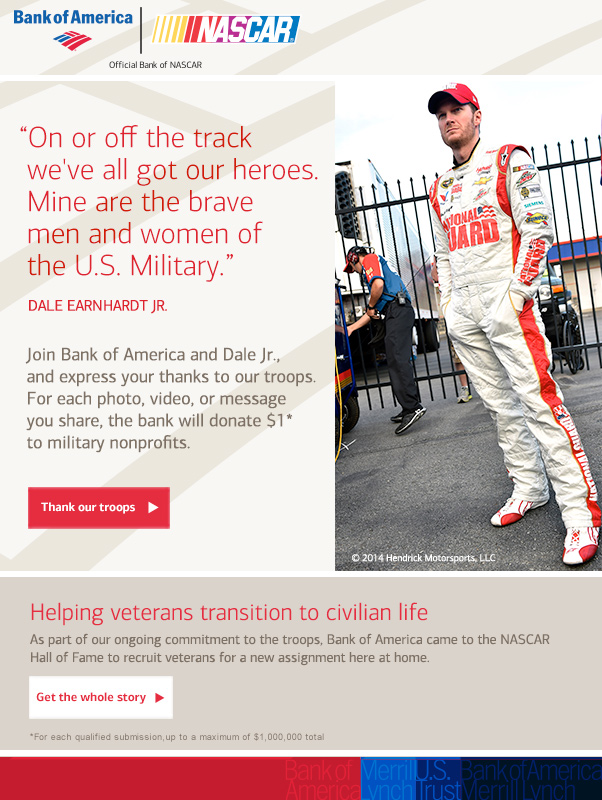 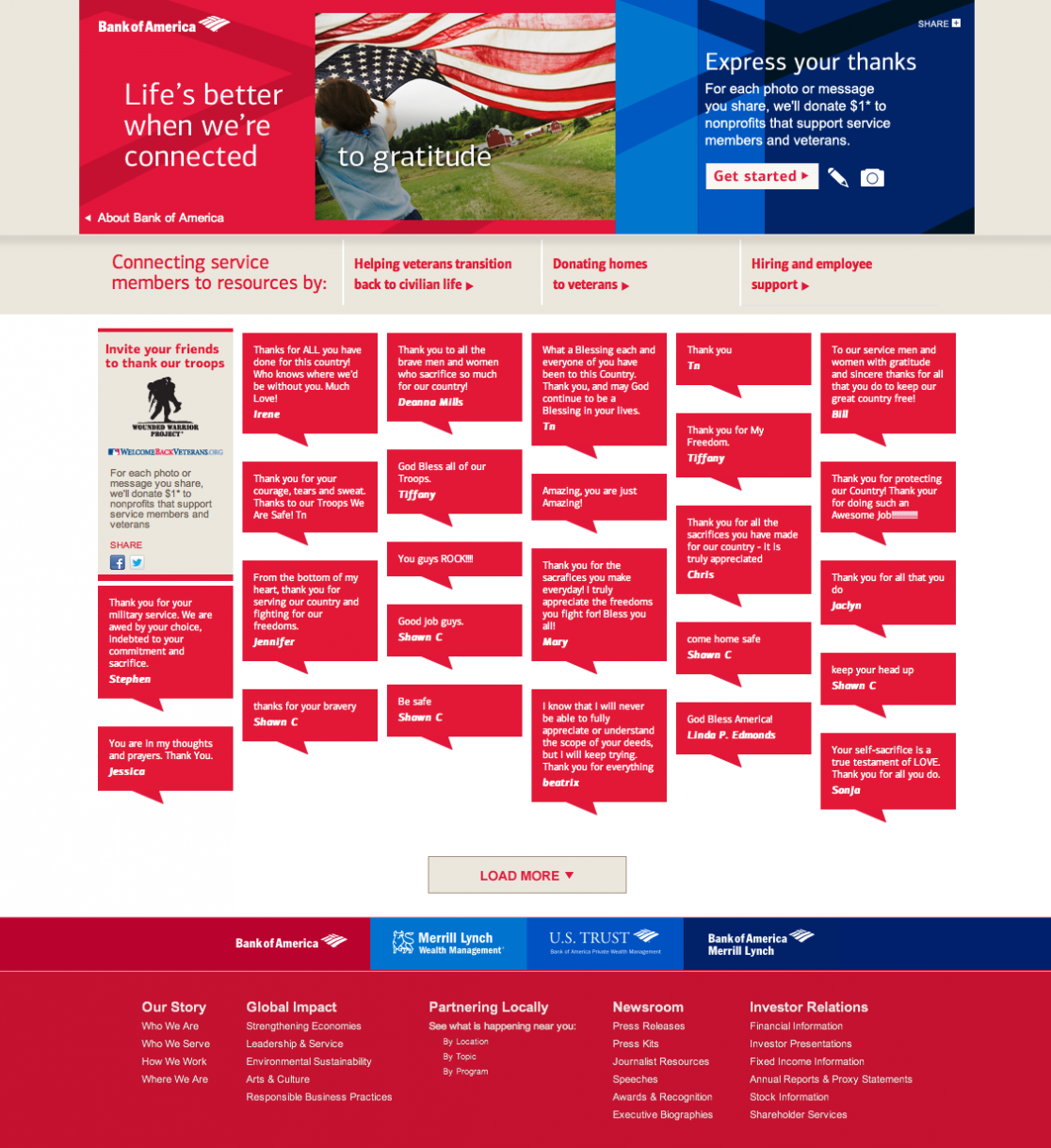